On October 1st 2011, I took part in the 2011 Bob Cup in Litovel, Czech Republic, the Open Championship of the Czech Republic in Extreme Team Relay. As a runner, I was supposed to run 15 km and cross the Morava river 6 times.

Out of 265 teams, I managed to take 83rd position and completed the running section of the race in 1 hour 3 minutes at the average pace of 4:21 per km. This represents a very good advance compared with the 2010 edition.

The cup was again a great event. I felt satisfied with the time, but not with the position. Competition grew stronger compared with the previous year. I hope to come back next year and show another improvement. 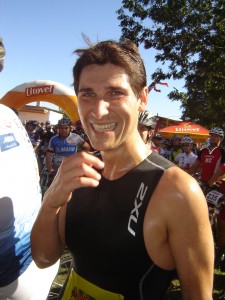