As a part of my Norseman training, I had a special event on March 2nd, 2011 – while being in Japan, I ran 55 km from Kobayashi to the Ebino Plateau and back to Kobayashi. My original plan included a climb to Karakuni Dake, which is the highest mountain in the Kirishima Mountain Range, but due to exploding Shinmoedake volcano, the entry to the final section was closed.

The weather in March was relatively okay for this part of the year. Morning temperature was freezing, but the lower elevation section felt good with temperature about 15 °C. Unfortunately, after entering the mountains, weather deteriorated and at the top section, it even started snowing with strong wind. The summit of Karakuni Dake was hidden in clouds. After running about 5 km back down towards Kobayashi, the weather suddenly turned well and the mountain appeared in all of its beauty. Unfortunately, after running about 27 km up to the hill with the elevation gain of more than 1,100 meters, I was not able to return to the top (next time, said I to myself…).

The total time spent on this run was 6:30 hours including a lunch break in the mountains, some picture-taking time, and one additional stop. The running time was about 6 hours, which gives a solid average pace considering the extreme nature of this route (sharp climb more than 15 km long).

Here are some pictures from the run. 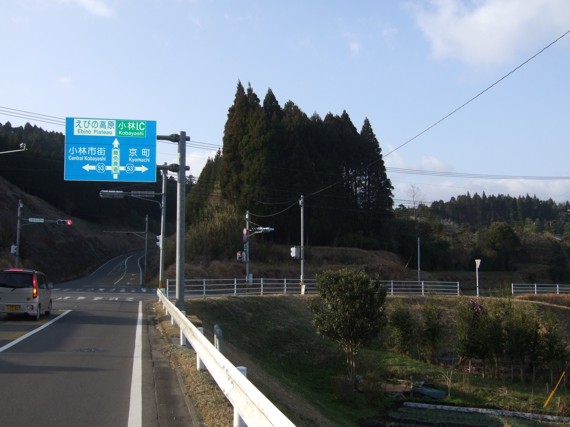 2. The first stop – I have run this route twice, and always stopped here for a drink. An interesting place. 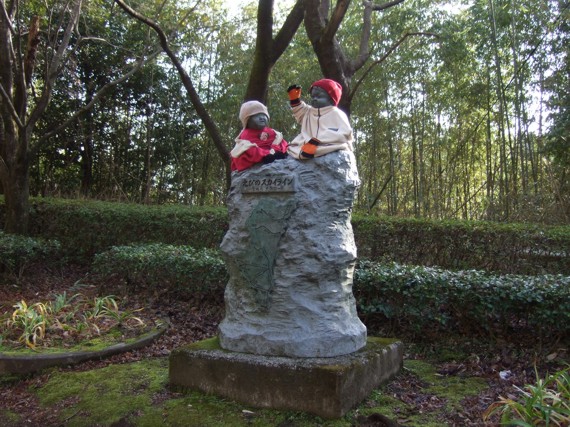 3. Entering the Kirishima National Park. The slope begins to be rather sharp. 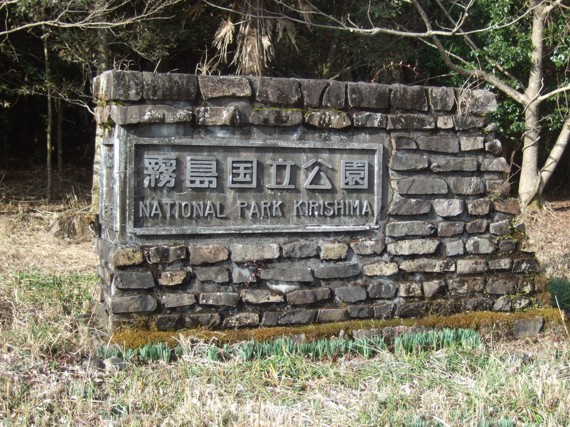 4. It does not seem so, but this is a sharp climb. Nevertheless, the nature is very nice here. 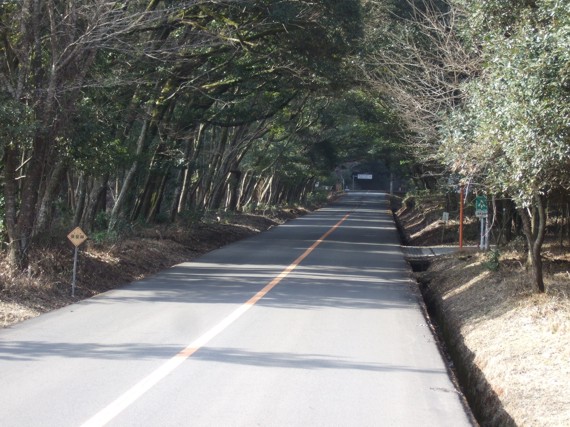 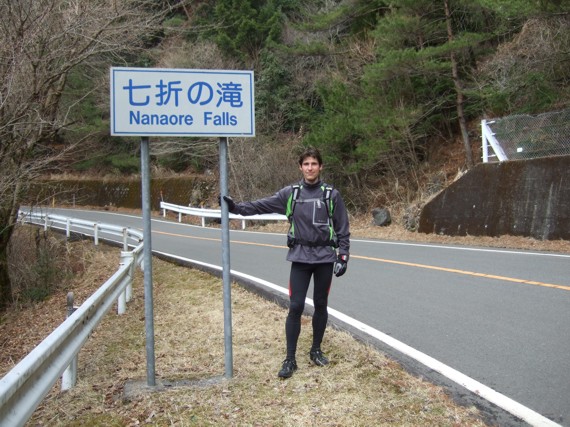 6. Getting close to the top. Everything is frozen… 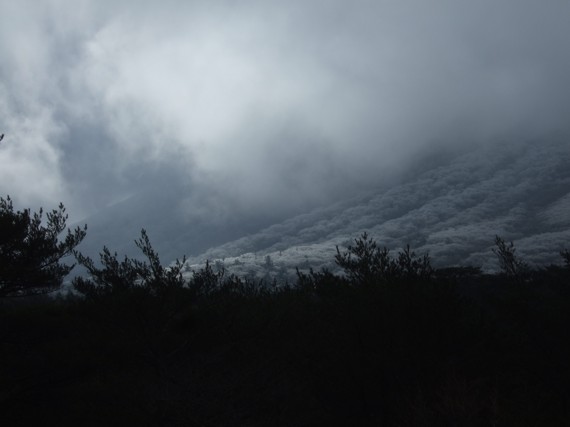 7. A nice volcano pond. The sky turned blue for a while, so the water was also beautifully blue.

8. Winter season in Ebino Plateau is as nice as in summer. 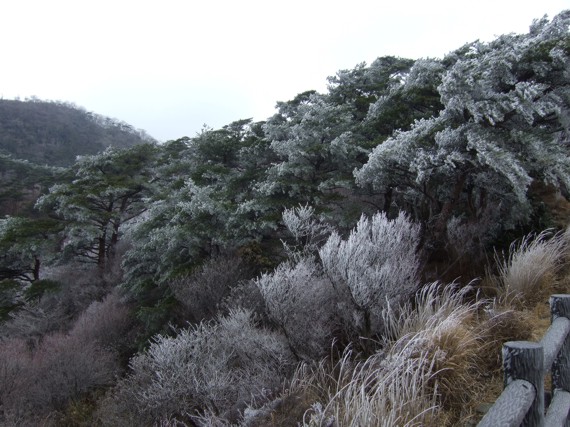 9. A few hundred meters left to the destination. If the weather is good, we have a spectacular outlook up to Karakuni Dake volcano from this spot. Too bad this time, clouds only. 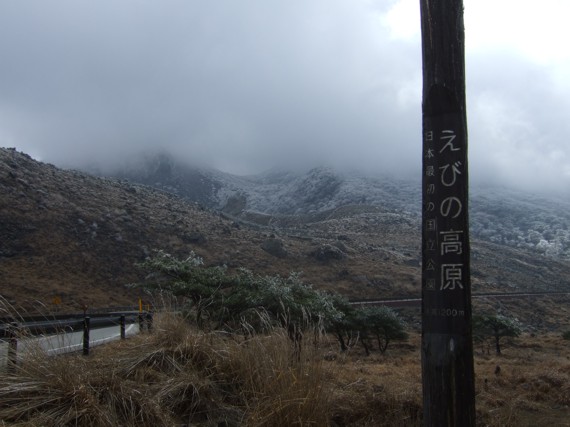 10. At last, after 27 km run I have just arrived to the starting point for climb to Karakuni Dake. However, Shinmoedake was exploding at that time, so climbing up was forbidden. It as too bad, but on the other side, the weather was so bad (freezing and windy) that it would be dangerous to try climbing there anyway. 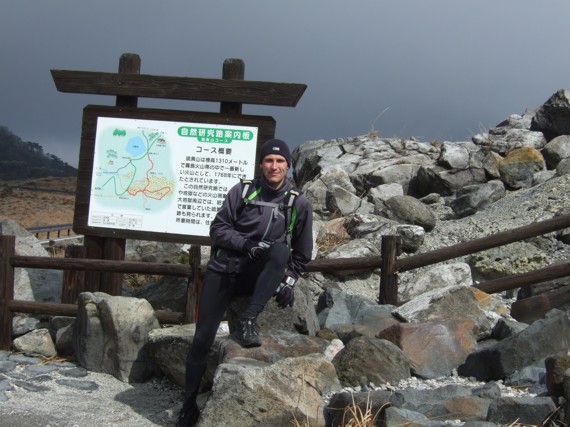 11. While running down back towards Kobayashi, the weather turned well. This is a picture of a nearby small volcano. 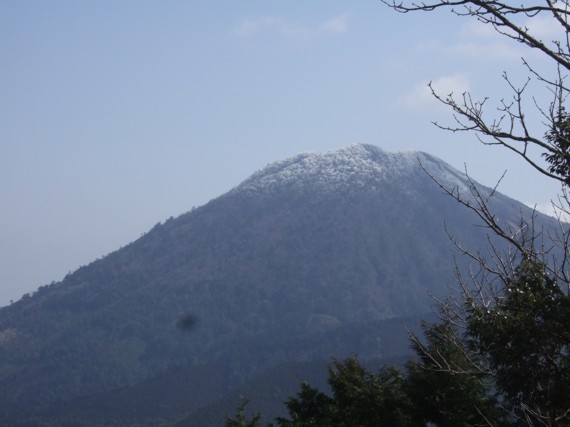 12. This is Karakuni Dake volcano. Now lit with sun and looking safe. Well, I will have to try climbing it again sometimes in the future. I was up there twice and the crater is really spectacular. 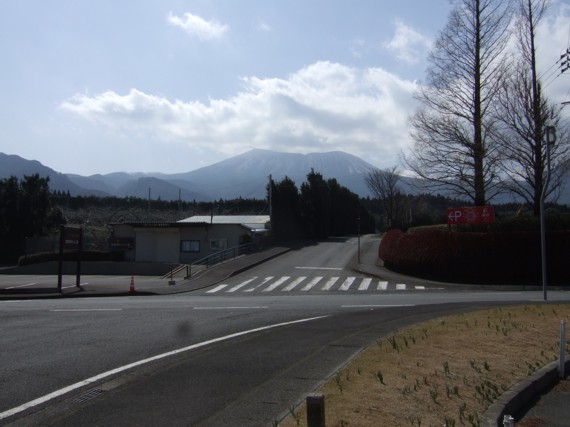